You know what is starting to get agitating in entertainment today? Why is it that only superheroes get a theme song? They re fictitious and have abnormal abilities, unlike the normal human; so why cant our beloved video game characters that we have seen in various titles get a theme song? Solid Snake is fictitious, and has an abnormal ability, which is being very acrobatic. We all know the average male human today is not that acrobatic. Heck, if one even tried the moves Snake does, he would put out his back. Any who, so why shouldnt Solid Snake get a theme song? I can guarantee he can beat up such superheroes as Batman, Catwoman and heck, maybe even Superman. I think Spiderman he would have one hell of a challenge with, since he is more acrobatic and good with the ladies.

This is all beside the point. The point here is that Solid Snake has returned for a fifth time. Thats right, a fifth time, not a third time. The title may say Metal Gear Solid 3 but in all reality, a lot of people forget Snakes two journeys on the NES and MSX, which were under the label Metal Gear. Although Konami denies that Metal Gear 2 is a part of the true series, it did feature our beloved character of Solid Snake. So my young stealthy thieves and marksmen alike, you want to know if Metal Gear Solid 3: Snake Eater scores the big one right? Or are you one of those more interested to see if Konami has failed the series for the first time since Metal Gear 2? Want to know the result? Read on. Gameplay

For those who have played Metal Gear Solid 2: Sons of Liberty (MGS2) to death, such as me, you are probably sick of being in close quarters and never seeing that oh so beautiful sun. Now sure, MGS2 did feature somewhat of an outdoor level when you began to play with Raiden, but you still had to go from building to building. Snake Eater takes that element almost fully away and puts you in an open environment. When you first start up the game, you are, of course, treated to a somewhat lengthy video intro. Basically, you get the background info on what you must do to accomplish your mission and you get to meet you will be working with.

After that you are thrown into the game, only to run into another cinematic a few minutes later. After that, however, you can finally begin to embark on Solid Snakes wonderful journey through a jungle. Now, dont think its like The Jungle Book here; this isnt a jungle full of furry critters and swinging apes. In fact, its quite the opposite. Filled in this jungle are heavily armed Soviet troops, doing whatever they need to be sure that their country does what they need to do in this Cold War situation. I wont reveal the story to you, as it will ruin the point to watch the beautifully made and well acted cinematics. 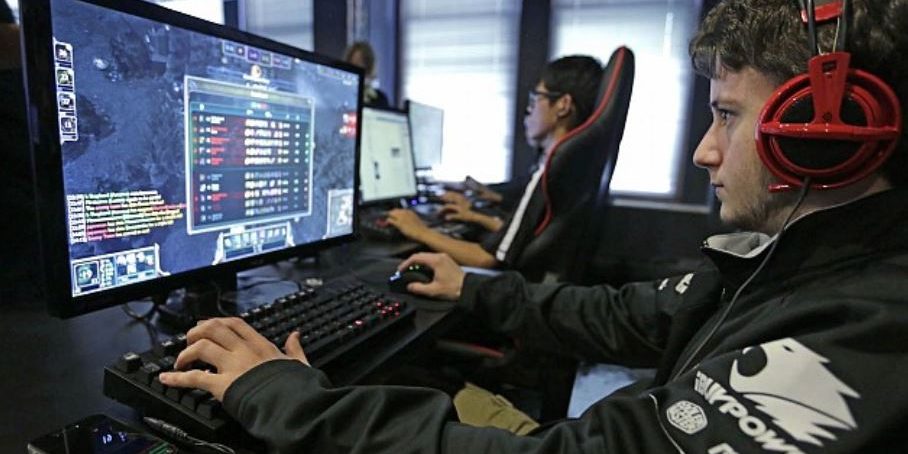 Nannette
I am Nannette. My team of professionals brings never to miss details about computer technology and information about virtual reality, gaming, gadgets, and much more.
https://pbsdigitalnation.org

Vigor Gaming brings the bling (and the cool-ing) Start up the Force Recon AXE and the rig lights up like Christmas Day. It’s studded with blinking LEDs, awash in glowing blue fans, sports and animated LCD front panel display… there’s even a series of blinking blue LEDs on the base arranged like an airstrip. No […]

We have been pumping out game reviews for a variety of online platforms a year now. Most reviews are for graphic Flash based games but we also review non-graphic text based games. Currently we are starting to deliver mobile content in addition to the more traditional online content. Genres we cover: Tower Defense – This […]

This week games giant Ubisoft has announced that Rainbow Six Vegas 2 is scheduled for a March 2008 release. We are given some information on what to expect from the next installment in this series as hype starts to build for it. The story sees you playing as Bishop, one of Rainbow’s best commanders and […]

What Makes a Good Pair of DJ Headphones